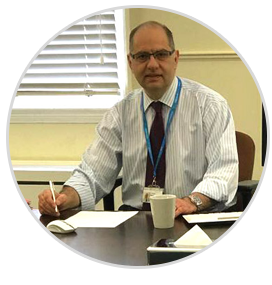 Mr Dimitri J. Hadjiminas, MD, MPhil, FRCS(Ed), FRCS(Eng), is a Consultant Breast and Endocrine Surgeon, Honorary Senior Lecturer at Imperial College London and operates at St Mary’s and Charing Cross Hospitals. He graduated from the University of Athens in 1985 and he was appointed as a Consultant Surgeon at St Mary’s Hospital in 1998 having trained in London, Manchester, Leeds, Nottingham and the United States for 13 years after graduation.

His private practice is at:

Surgery is performed at:

Mr Dimitri Hadjiminas and the clinical team he leads have published widely in breast cancer related topics and below are some of his more clinically relevant peer review papers: